Having previously held shares in other horses, Phil Boyle decided to take the plunge into ownership in 2010 with the purchase of Oscara Dara who was trained on the other side of the A24 in Beare Green by Alan Fleming.

BG (Beare Green) Racing was the name given to the ownership group which included any friends and colleagues that Phil could rope into taking a share!

Phil set out to ensure that everyone involved got to feels like it was “their horse”, an ethos that Phil has maintained since and he ensured that all syndicate members received frequent communications and opportunities to see their horse both at the stables and at the races. 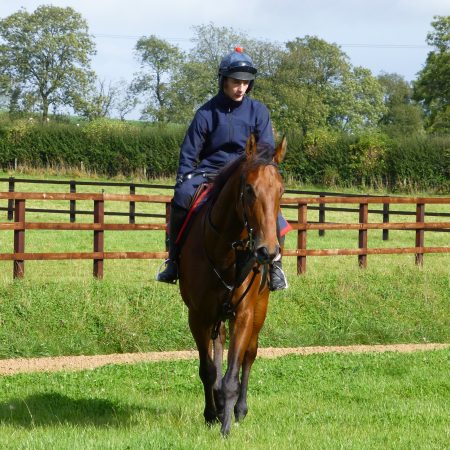 Alan Fleming moved back to Ireland having trained Oscara Dara for one season, but remains a close friend of Phil & his wife Sarah.  After a successful but injury-prone spell with Nicky Henderson, Phil moved Oscara Dara to Neil Mulholland at the end of his career and the relationship with Neil meant that it was he that Phil turned to when the time came to replace Oscara Dara.

In due course, BG Racing acquired a horse with Johnny Farrelly and later Phil moved one of the horses to Michael Attwater.  Phil gets on really well with all three trainers, who are personable and friendly and always happy to have BG Racing shareholders visiting the stables.

Phil quickly decided that he wanted to open up the experience of ownership to as many people as possible and in this respect (and somewhat unusually), syndicate members can take as little or as much shareholding in a horse as they wish – from 1% upwards!

Phil is always happy to be contacted by current and prospective shareholders and details of all shares for sale can be found on the Horse Info pages.  Benefits received as a BG Racing Syndicate member are detailed on the Membership and Benefits page and if you don’t see a horse that you like the look of, please get in touch with Phil as more horses will be added to the BG Racing team as soon as he is confident that there is sufficient demand.